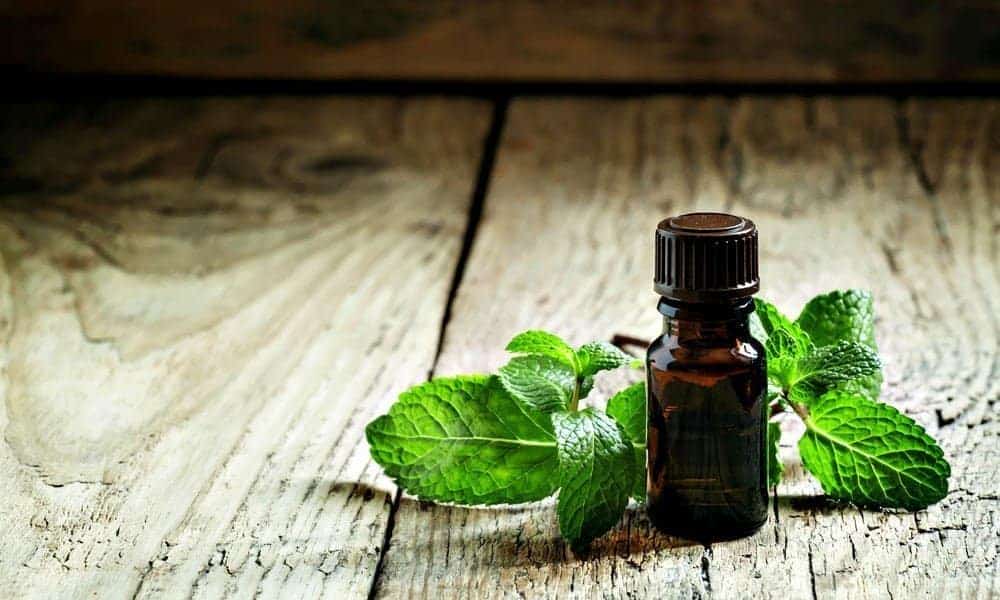 Peppermint oil is made from the leaves of the peppermint plant (Mentha x Piperita). The oil is often extracted from either fresh or dried peppermint leaves using alcohol as a solvent.

Like all of the essential aromatic oils, peppermint oil is extremely volatile and prone to lipid peroxidation, which is why it must be used carefully and stored in dark bottles (heat, oxygen, and light make it rancid very easily).

When it comes to peppermint oil for beard use; the oil is most commonly used in small quantities in beard oils to enhance the aroma.

Due to the fact that pure essential peppermint oil is potent stuff (takes 250lb of leaves to make just 1lb of oil), just a few drops per 1oz dropper bottle is plenty enough.

But here’s the question; is peppermint oil really good for facial hair use? Some say it helps with growth, but how much of this is really based on evidence? 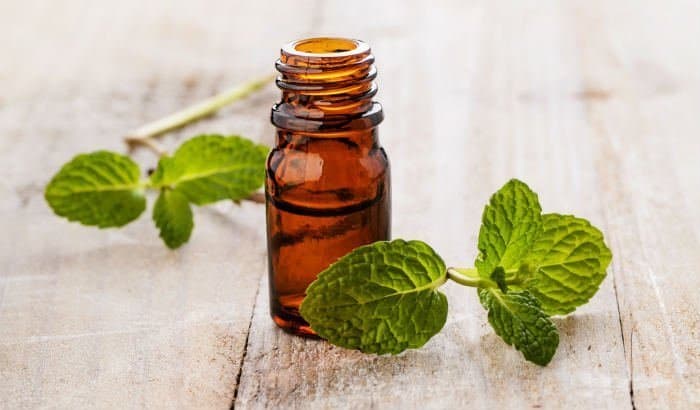 In the study, the researchers had twenty-five mice which were randomized into four groups.

The mice were shaved and then the researchers began applying different topical solutions to their skin to see if any of them would stimulate the follicles in growing hair faster, thicker, and just more of it.

These test substances were applied daily to the skin of the mice for a test duration of 4-weeks, after which the rodents were euthanized and the before-after results were compared.

As to be expected, the saline control did nothing, and the jojoba oil had a very minimal effect…

Then there was the hair-loss drug Minoxidil, which is known to be highly effective – and indeed it did result in significantly faster growth of hair.

But the big surprise was the 3% solution of peppermint essential oil, which surpassed even Minoxidil as a hair growth rate stimulator. 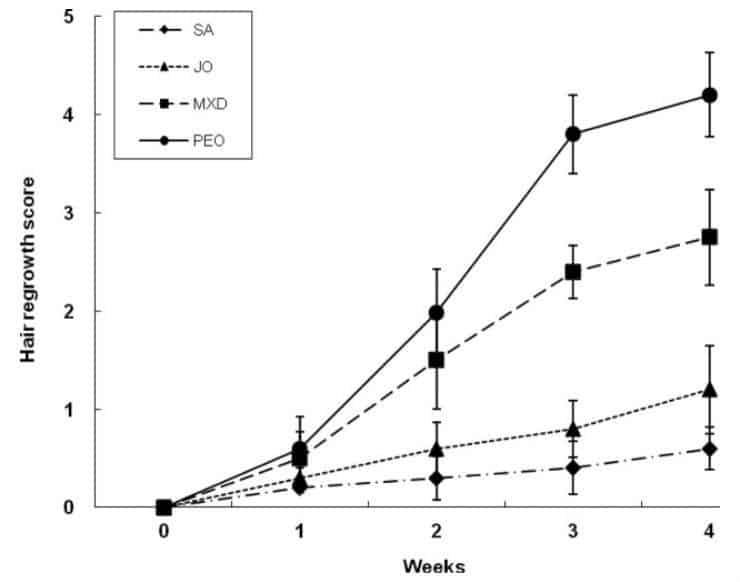 Out of all the tested substances, PEO resulted in the most significant boost in growth speed, thickest hair fibers, the largest number of active follicles, the biggest increase in ALP (an enzyme related to hair and beard growth), and highest IGF-1 growth hormone levels within the follicles.

Here are the mice: 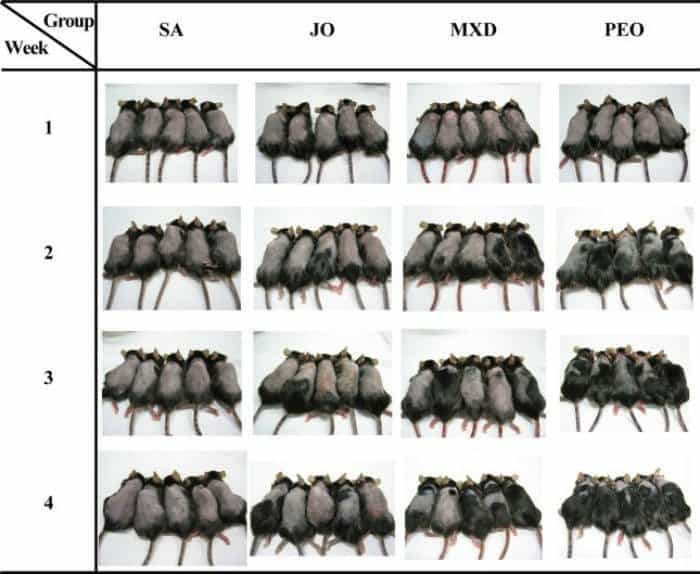 The researchers suggest that the results are likely due to PEO’s ability to increase circulation to the follicle, and through its IGF-1 boosting effects.

Bro, these are mice. How does the above translate to humans and for facial hair use?

Rodent studies often give some hindsight as to what to expect in human studies, since their digestive and reproductive systems are remarkably similar to humans.

When it comes to this peppermint oil study, the growth effects were caused by topical application into the skin, which increased IGF-1 in the follicles and through that, stimulated hair growth and the follicles.

In humans, IGF-1 does the same, it helps activate dormant hair follicles. Our skin has similar layers as the mice do, and the hair follicle cells are structurally relatively similar.

Meaning that when peppermint oil is applied in 3% dilution to a humans beard skin, it should absorb into the follicles and bring about similar results.

Therefore I would say that it’s reasonable to expect that applying peppermint oil to your face, could result in faster and thicker beard growth.

How to Make your Own 3% Peppermint Oil 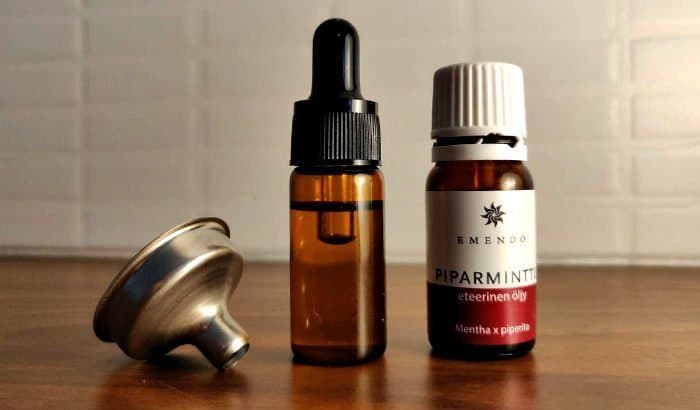 To make your own beard stimulating oil with 3% PEO dilution, just like the one that was used in the study above, all you need are three things…

Next, you just need to mix the oils into the bottle with the correct ratios…

Now your peppermint oil for beard growth is ready. Use it normally as a beard oil or on your face 1-2 times per day to stimulate growth.

Why Peppermint Oil Could be Bad for Beard Use 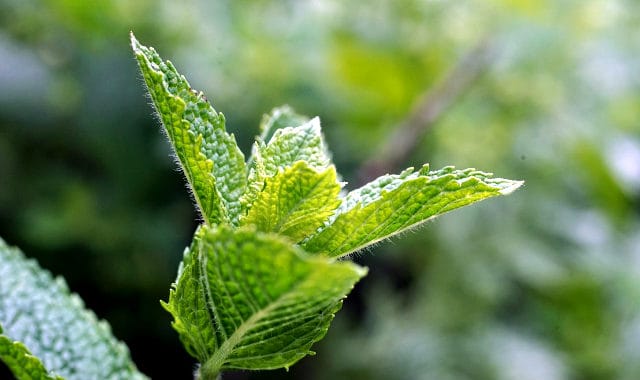 It’s without question that peppermint oil has a really nice scent. And in my humble opinion, scent-wise, its one of the best smelling essential oils to use in beard products.

And from the above piece of text, it’s pretty clear that at least in rodents, peppermint oil is extremely potent at stimulating the hair follicles, and should result in improved beard growth.

Sure, but sadly, peppermint oil has some potential issues.

As it happens, many of the plants in the mint-family are fairly potent at lowering testosterone levels.

Peppermint (which is a hybrid between watermint and spearmint) is one of the troublesome androgen suppressing compounds.

The first one is a rat-study, where 48 rodents were assigned to four different groups1.

Mind you, the human equivalent dose of the above is just ~5 grams of peppermint or spearmint leaves infused in a cup of water. And the pure oils produced from the leaves are far more potent than just using the leaves or drinking the tea.

Sure, humans are not rats, but the endocrine system is fairly similar, which is why studies like this are conducted.

Since testosterone is the primary androgen, and facial hair is androgenic hair, this paints a really bad picture for the purported use of peppermint oil for beard growth.

Spearmint (which peppermint is a hybrid of) has been studied more extensively, and in a 2008 study it was noted to have potent antiandrogenic effect in male rats2, and a 2014 study showed that it likely causes oxidative damage in the hypothalamus (brain substrate regulating testosterone production) and trough that causes lower testosterone production3.

If the animal evidence isn’t enough, there are also studies on women who battle with PCOS-induced high testosterone, which causes a nasty side-effect of facial hair growth (hirsutism).

Luckily the women can effectively reduce their facial hair growth by using the plant oils and extracts of the mint family.

One study effectively showing how 2 cups of spearmint tea per day resulted in a 30% reduction in testosterone4, and further replication of the study which also saw that spearmint tea reduced hirsutism (facial hair growth) and slashed testosterone levels5.

Those are great results for women who want to get rid of their beards.

But for men who seek to have high testosterone levels so that they could grow their beards more and keep the gains coming, that’s absolutely horrible news.

Most of the people who use peppermint oil for beard growth also use minoxidil to grow their beards, it can be hard to gauge the true effects since minoxidil is so effective that it should enhance your facial hair growth anyway, even if you’d accidentally suppress testosterone with peppermint oil.

Does this mean that peppermint oil would also suppress testosterone levels on the skin and also hurt your beard growth?

I don’t think so. There’s no evidence that it would lower androgens topically, only that it does so when you ingest it as a tea.

Peppermint essential oil could lower testosterone levels when ingested orally – and it’s unclear whether this happens or doesn’t happen when it’s applied topically to the skin.

Since it can also increase IGF-1-related hair growth when used topically, some people recommend and use it for beard growth purposes, and I think with the current state of research, this is OK.

Just make sure not to accidentally get it inside your mouth.

Do the possible benefits outweigh the possible risks? Or is it a plus-minus scenario where nothing truly changes?

That’s what we don’t know yet, but so far topical use seems fine. 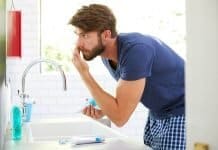