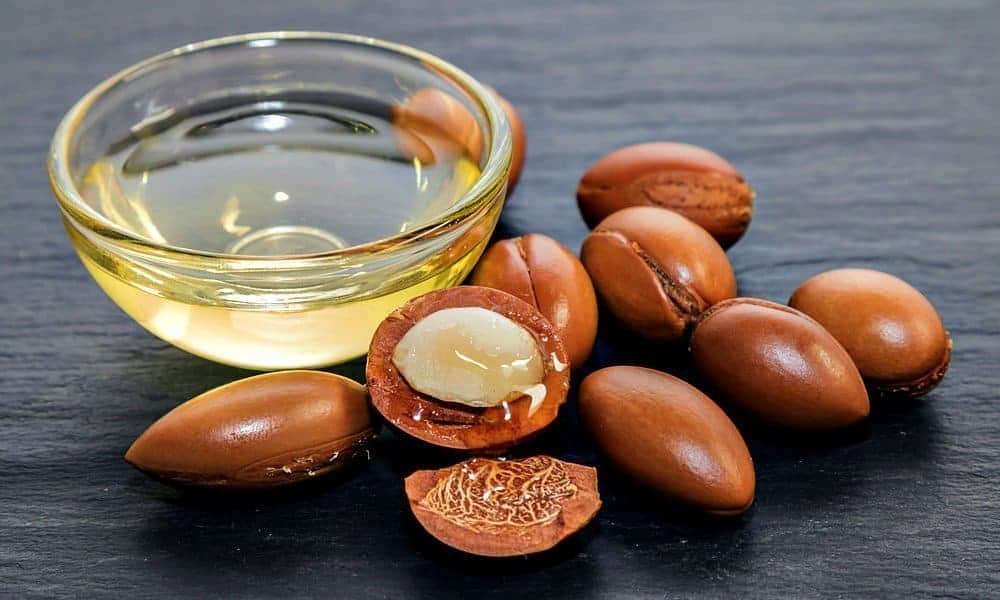 If you’re familiar with this beard blog, you might already know that I’m against most “premium” oils that the beard oil manufacturers use.

They fill their bottles up with low-quality vegetable oils, that are not suitable for facial hair use, then hike the price sky-high and claim that there are some special qualities to warrant that.

(when in reality you can usually craft your own bottle of DIY beard oil for few bucks).

So what about argan oil for beard growth and care then?

In this article, you will learn everything you ever wanted to know about argan oil, whether it can help or hurt the beard, its viscosity, and usefulness as a beard oil ingredient.

What is Argan Oil 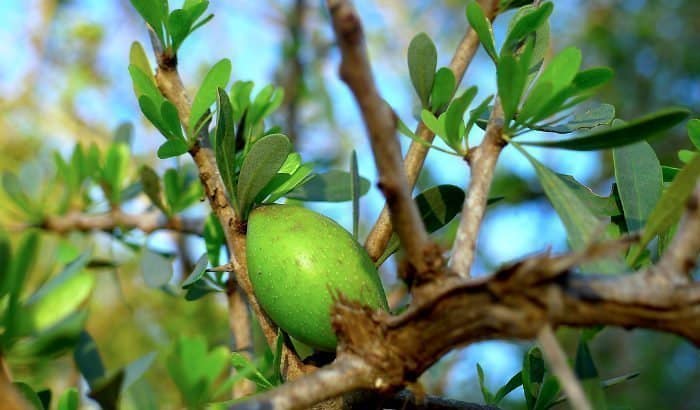 Argan oil can be labeled as plant oil, as it is produced by cold-pressing the kernels of the argan tree (Argania Spinosa).

Most of it comes from Morocco (yes, the country that holds some of the most impressive beards), and for centuries, it has been produced by traditional means.

The extraction process of argan oil has remained similar for a long time. It begins by the producers letting goats into the argan trees to feed on the argan fruit, and later the hard kernels can be picked from their droppings.

Next, the kernels are cracked using a hand-made wooden tool that allows the pure unfiltered argan oil to flow into a bucket. The oil is then filtered and the sediment completely removed.

This laborious manual work is often done by the Berber women of Morocco and usually involves them sitting next to the wooden presses for hours on end to extract the oil.

The production of argan oil supports a whopping 2.2 million people in the country.

The fatty acids found in argan oil are mostly monounsaturated, which is good news for beard gains.

Monounsaturated fats – at least when consumed orally – can increase testosterone (the key hormone that makes your beard possible in the first place.)

Argan oil is no different in this manner, as one study saw it increase testosterone levels by 19% in just 2-weeks when young Moroccan test subjects switched it to their “main” fat source1.

This alone hints that argan oil may promote beard growth by stimulating the hormones needed for it.

The fatty acids in argan oil include:

Argan oil also contains vitamin E and a wide range of antioxidant polyphenols (such as the bitter glycoside; oleuropein, which increased testosterone levels by nearly 200% in this rat study2).

Argan Oil for Beard Use 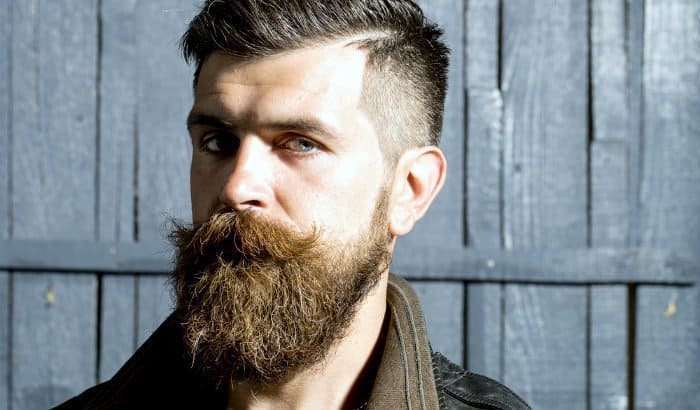 Whenever you examine beard oil ingredients, the most important thing is to always figure out what the ingredient does to your androgenic hormones; testosterone and DHT.

When it comes to argan oil, it’s a bit of a mixed bag of both, but the majority of its effects suggest that it should help – not hurt – your beard health.

All-in-all, my opinion is that argan oil likely has a positive impact on facial hair growth, and the viscosity and qualities make it suitable for use in facial hair. This is why I often recommend argan oil as one of the safest beard oil ingredients along with coconut oil, castor oil, and jojoba oil.

Should you be using organic Moroccan argan oil for the beard? My answer is, yes.

Argan oil is one of the safest beard oil ingredients.

It may even increase your androgenic hormones, this, in turn, can help with facial hair growth and maintenance.

And even though there’s some linoleic acid in it which might have DHT-blocking effects, these are likely outplayed by the positive impacts argan oil has for another beard stimulating hormone; testosterone, which also happens to be the “raw material” necessary for DHT production in the first place.

My go-to beard oil recommendation remains as ZilberHaar’s N°1 Beard Oil, as it has just two key ingredients that I think are perfect for beard use; Organic Moroccan argan oil and jojoba oil.